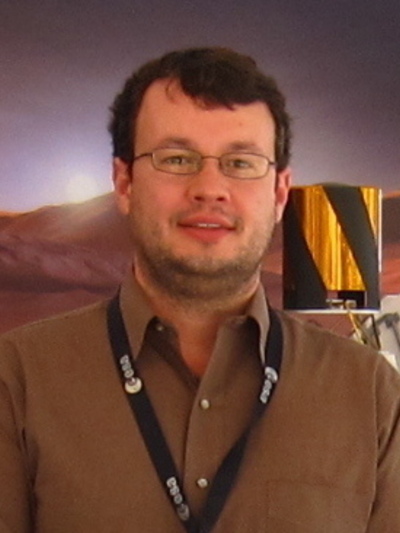 Darren Drewry's research focuses on understanding the interactions of terrestrial vegetation with climate, and the associated implications for ecological and hydrological resources, land-atmosphere interactions, and biodiversity. His research approach is centered on the development and application of detailed simulation models of the coupled atmosphere-vegetation-soil system, the use of remote and in-situ sensors to characterize terrestrial vegetation, and the fusion of models and observations into holistic prediction systems.

Prior to coming to OSU, Darren spent several years as a Research Scientist in the Earth Science Division of NASA's Jet Propulsion Laboratory. Darren's diverse academic background includes a B.S. in Physics from Virginia Tech, a Masters degree in Computer Science from the University of Virginia, and a Ph.D. in Civil and Environmental Engineering from Duke University, where he was a NASA Global Change Graduate Student Fellow. He has performed post-doctoral research in the Hydrosystems Laboratory of the University of Illinois, and at the Max Planck Institute for Biogeochemistry as a National Science Foundation International Research Fellow. Following his undergraduate work Darren spent two years in Mauritania, West Africa as a Peace Corps volunteer, where he worked on rural agricultural and water resources projects, and developed a strong interest in Africa and its response to climate and land use changes.