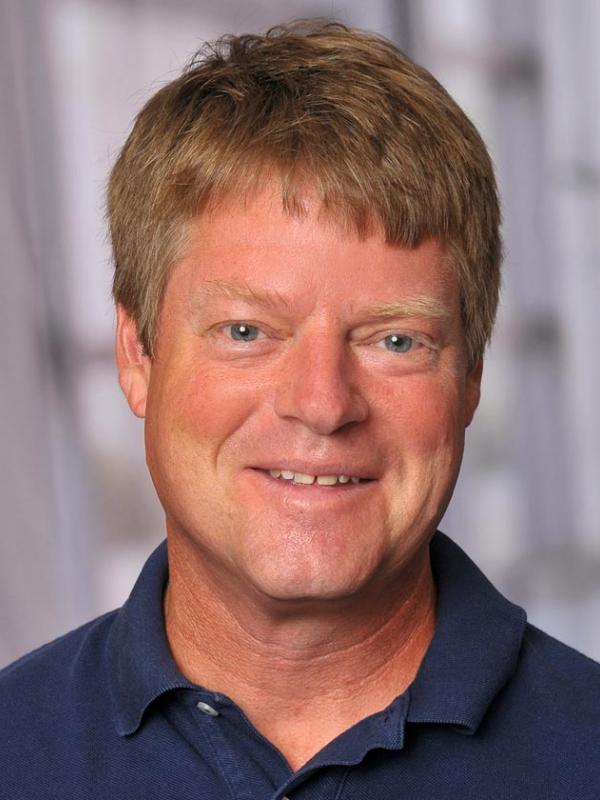 For the past 18 years, Charles Bell's research has focused on understanding how proteins work. He primarily uses structural methods, such as x-ray crystallography and more recently cryoelectron microscopy, to obtain high-resolution atomic models: seeing what a given protein looks like, particularly “caught in the act” of doing what it does, can tell you a lot about it’s mechanism of action. Over the years, his group has studied a wide variety of proteins, with particular emphasis on enzymes, through collaborations with many other researchers on campus. One of his own projects, which has been funded for two cycles by the National Science Foundation, is focused on a DNA recombination system from bacteriophage lambda. This system, called “Red” for recombination defective, consists of two proteins: an exonuclease (l exo) and a single strand annealing protein (Redb). While these proteins originally evolved to boost replication and generate genetic diversity, they are currently being exploited in several powerful new methods for bacterial genome engineering and systems biology. His group has solved several structures of the ring-shaped exonuclease enzyme trapped on DNA substrate, to understand it’s highly processive mode of action. They are also studying the single-strand annealing protein Redb, to understand how it’s unusual and fascinating DNA binding and oligomerization properties are involved in it’s mechanism of action. In studying these enzymes, they use a three-pronged approach that combines the structural information with mutational analysis and readout of function both in vitro, and in vivo. Thus, they study protein function in the crystal (and now on the EM grid), in the test tube, and most importantly, in the cell.