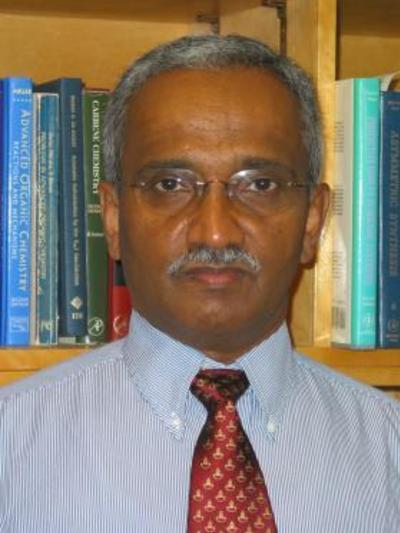 RajanBabu received his B. Sc (Special) and M. Sc. degrees from Kerala University and The Indian Institute of Technology (IIT, Madras) respectively.  He obtained a Ph. D. degree from The Ohio State University working with Professor Harold Shechter, and was a postdoctoral fellow at Harvard University with the late Professor R. B. Woodward.  He then joined the Research Staff of Dupont Central Research and Development becoming a Research Fellow in 1993.  He returned to Ohio State as a Professor of Chemistry in 1995 and currently holds the Kimberly Chair.

His research interests are in new methods for stereoselective synthesis of organic molecules, enantioselective catalysis, activation of small molecules for synthesis, organic reactions in aqueous media and multi-component cyclization reactions.