CAPS has assembled an External Scientific Advisory Board (ESAB) comprised of distinguished investigators from around the globe.  The Board has many purposes including ranking Scientific Teams for membership in CAPS, evaluating progress, and advising the Director. They each serve a term of four years. We would like to thank our Board for their service and support of our mission. 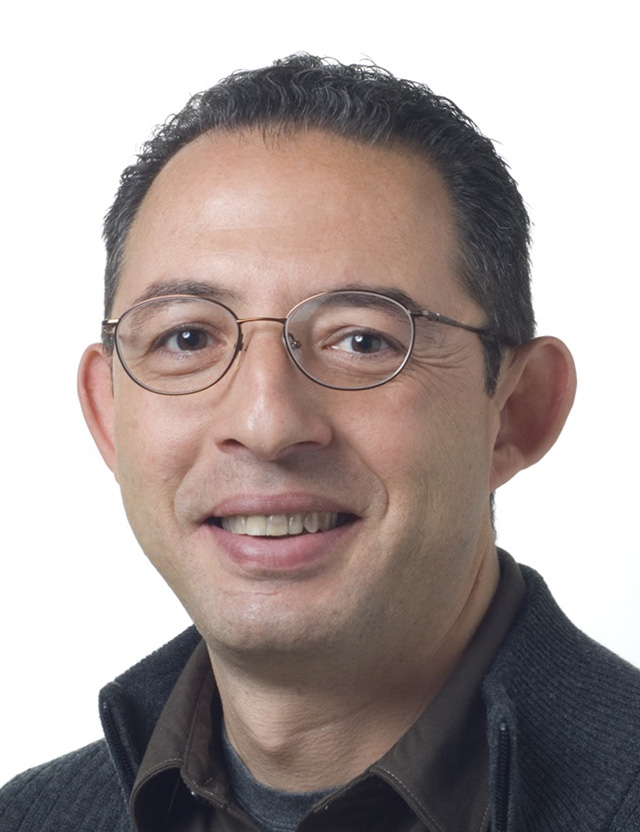 Sophien is the Head of The Sainsbury Laboratory, John Innes Centre, Norwich Research Park, Norwich, United Kingdom.  Dr. Kamoun received his B.S. degree from Pierre and Marie Curie University, Paris, France.  He then attended the University of California at Davis, where he received his Ph.D. in Genetics in 1991.  He then was a postdoctoral fellow at the NSF Center for Engineering Plants for Resistance Against Pathogens, UC Davis, and at the Department of Phytopathology, Wageningen University, Netherlands.  In 1998, Dr. Kamoun was appointed assistant professor of oomycete molecular genetics at the Ohio State University, Department of Plant Pathology, Wooster campus, and was promoted to the rank of associate professor in 2002 and professor in 2006.  In 2007, Dr. Kamoun joined The Sainsbury Laboratory where he is currently Head. At the Sainsbury Laboratory, he continues to exploit genomics resources to improve understanding of plant pathosystems, unravel novel processes and concepts in plant-microbe interactions, and devise original disease management strategies based on the gained knowledge.  Throughout his career, Dr. Kamoun made a number of significant contributions to the science of molecular plant pathology that have been described in over 120 journal articles.  He pioneered the use of functional genomics strategies that link plant pathogen sequences to phenotypes and is credited with discovering several effector families from pathogenic oomycetes.  Dr. Kamoun has also led community efforts to sequence and analyze the genome of the Irish potato famine pathogen Phytophthora infestans and continues to be actively involved in a variety of pathogenomics projects. Dr. Kamoun received the American Phytopathological Society Syngenta Award in 2003, the Ohio State University Pomerene Teaching Award in 2004, the WE. Krauss Award for Excellence in Graduate Research Mentorship in 2006, the Daiwa Adrian Prize in 2010, and was elected to Academia Europaea in 2011. 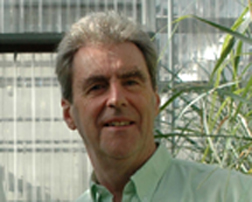 Richard joined Ceres in 1998 as Chief Scientific Officer, and has, in addition, been a board member since 2009. From 1987 to 1998, he was the Director of the John Innes Centre in Norwich, England, a premier plant and microbial research institute. He has published over 200 scientific articles, lectured widely and contributed significantly to the development of modern biotechnology in agriculture. His research group in the United Kingdom was among the very first worldwide to successfully clone plant DNA, isolate and sequence plant genes, and produce transgenic plants. Dr. Flavell is an expert in cereal plant genomics, having produced the first molecular maps of plant chromosomes to reveal the constituent sequences. He has been a leader in European plant biotechnology, initiating and guiding a pan-European organization to manage large EU plant biotechnology research programs more effectively and has served in many capacities to further agriculture in developing countries. Recently, as CSO of Ceres, he has focused on the role of agriculture for providing energy through dedicated biofuel crops. In 1999, Dr. Flavell was named a Commander of the British Empire for his contributions to plant and microbial sciences. Dr. Flavell received his Ph.D. from the University of East Anglia and is a Fellow of EMBO and of The Royal Society of London. He is currently an Adjunct Professor in the Department of Molecular, Cellular and Developmental Biology at the University of California at Los Angeles. 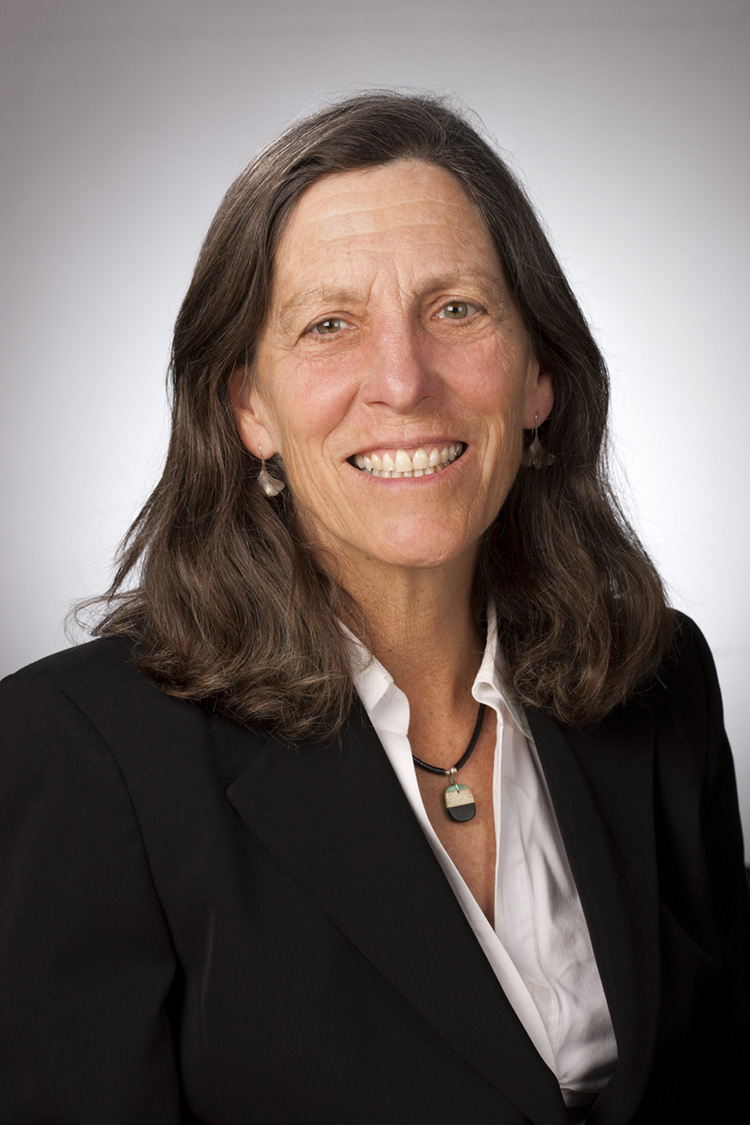 Sarah Hake grew up in Iowa; moving to California with her family at the age of 10, then back to Iowa to attend Grinnell College. An inspiring botany professor, Vern Durkee, took her on a field trip to the botanical gardens in St. Louis that led to her decision to enter the plant biology program at Wash U. Although she was inspired to go to Wash U to do botanical fieldwork, it was the evolution of maize that interested her, and she carried out her PhD with Virginia Walbot. When Virginia left Wash U to take a position at Stanford, Sarah did a similar move and ended up at Berkeley to work in the lab of Mike Freeling. There she was the first to clone a developmental gene using transposons and has worked in the area of developmental biology ever since.  After a six-year postdoc and two children, she took a position at the Plant Gene Esxpression Center, in the nearby town of Albany. The Plant Gene Expression Center operates under a cooperative agreement between USDA-ARS and UC Berkeley. Housed in an ARS facility, Sarah and the other senior scientists are adjunct faculty at Berkeley. She has been Center Director of the PGEC for the last 8 years.  Sarah was elected a Member of the National Academies of Science in 2009.  Her research focus remains on maize and development. With the recent sequencing of many plant genomes, including maize, the years of genetics are now being rewarded with rapid gene discovery that will allow improvements not only in maize, but other cereal crops. 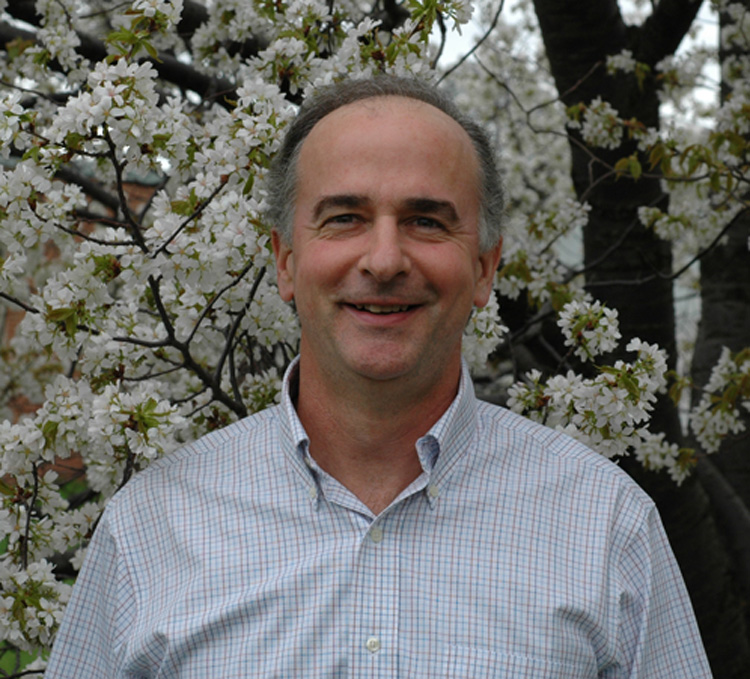 Robert is Barnard Rosenberg Professor of Biochemistry at Michigan State University, where his laboratory uses genomics approaches to study plant biochemistry and physiology. Prior to joining MSU in 2004 Last served as a Program Officer at the National Science Foundation. From 1998-2002 he was a founding Science Director at Cereon Genomics LLC, where his group established genomics platforms for phenomics using Arabidopsis and model cellular systems. Last began his independent career at the Boyce Thompson Institute at Cornell University in 1989 where he rose through the ranks to full Scientist and Adjunct Professor, studying amino acid biosynthesis and plant stress adaptation mechanisms. He was a postdoc with Gerald Fink at Whitehead Institute at MIT, received his PhD in Biological Sciences from Carnegie-Mellon University and a BA in Chemistry from Ohio Wesleyan University. Last is a Fellow of the American Association for the Advancement of Science, the American Society of Plant Biologists and a Monsanto Fellow. He was also a recipient of the NSF Presidential Young Investigator Award in 1991. He has served the broader community in a variety of ways including on the Editorial Boards of Plant Physiology and Current Opinions in Plant Biology, as Editor in Chief of The Arabidopsis Book. He has been involved on various advisory boards including three years as founding Chair of the Board of Directors of the NSF-funded iPlant Cyberinfrastructure Collaborative.

Dr. James Carrington joined the Donald Danforth Plant Science Center in 2011 from Oregon State University in Corvallis, Oregon, where he served as the Director of the Center for Genome Research and Biocomputing, the Stewart Professor for Gene Research, and Distinguished Professor of Botany and Plant Pathology. He received his doctorate in PlantPathology from the University of California, Berkeley, and began his prominent career as a professor in the Department of Biology at Texas A&M University, where he stayed for nine years. Carrington also served on the faculty at Washington State University before his tenure at Oregon State University. His awards include the Presidential Young Investigator Award from the National Science Foundation, the Ruth Allen Award from the American Society for Phytopathology and the Humboldt Research Award from the Alexander von Humboldt Foundation. He has been elected a Member of the National Academies of Science and a Fellow of the American Academy of Microbiology, the American Phytopathological Society, and the American Association for the Advancement of Science. He and his wife Teri have four children. 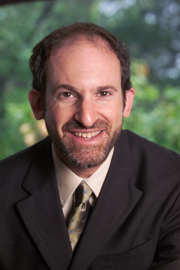 David is President of the Boyce Thompson Institute for Plant Research, an independent affiliate of Cornell University, and an Adjunct Professor of Plant Biology at Cornell. He is a plant molecular biologist who has contributed to our understanding of interorganellar communication in eukaryotic cells. He has particularly focused on evolutionary aspects of the biogenesis and regulation of RNA in mitochondria and chloroplasts. He graduated from the University of California, Berkeley, with a degree in molecular biology, and received a Master's and doctoral degrees from Cambridge University and Stanford University in 1982 and 1986, respectively. He joined BTI in 1989, where he served as Vice President for Research prior to becoming President in 2004.